Mr. Thomas Vreeman holds a Master’s in Business Administration and a Masters in Clinical Counseling and Psychology from Michigan State University. His work began as a private practice psychologist, focusing initially on general and clinical evaluations. He later began working in health care management as a private consultant. He has also held positions in manufacturing leadership, manufacturing management, and health care management of private hospitals and clinical practices.

In the early ‘90s, he spent a short time with a Netherlands-based NGO working with healthcare development in emerging Eastern European countries following the breakup of the Soviet Union. His work allowed him to travel to Eastern Europe and the Middle East working to develop both private and public partnerships establishing outpatient healthcare services.

For the last 16 years, he has been the CEO of a community-based affirmative business. This company is a large assembly and light manufacturing plant with over 500 employees, over 350 of them with disabilities. In this billet, he has broadened the company’s scope to include training and job placement for people with a variety of employment barriers. Mr. Vreeman has also established an independent Contract Medical Device Manufacturing company, expanding the customer base internationally, working with firms in the European Union, Israel, Kenya, South Africa, and China.

During the last 15 years, in partnership with his wife (Jacqueline), he has been significantly involved with international students attending colleges and universities in the western Michigan area. What began as providing support to meet the needs of individual students without local ties to family and resources has become a network of past, present, and future international students to support and guide. Mr. and Mrs. Vreeman lead students to resources so that they can launch organizations, businesses and agencies upon return to their home countries. 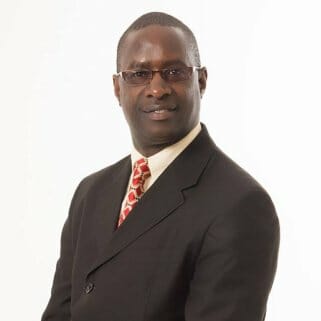 Rev. Simon Thiongo is from Kenya and has been studying in the United States for the past five years. During this time, he obtained a Bachelor of Arts in Youth Ministry from Kuyper College and a Masters of Divinity from Earlham School of Religion. He finished a field study and internship in Cleveland, Ohio in sustainable agriculture development.

Rev. Thiongo is the National Director and Founder of Family Empowerment Ministry‐Kenya, a registered Kenyan NGO in Kijabe, Kenya. He is also an Associate Professor at Moffat Bible College. His focus in ministry has been eradication of family poverty through establishing agricultural focus, farming, gardening, and raising livestock so communities are strengthend economically. He has also established a barbershop training center to provide young people with the skills and initial financing and equipment they need to start their own barbershop businesses.

During his years in the United States, he has built a network of support and financing through relationships which will support and expand his NGO in Kenya. After returning to Kenya in 2016, his commitment and involvement in Equipping Global Leaders is helping fulfill the mission of transforming lives in under-served areas.